“The Dharma translators are immensely kind. Without them, the Dharma would be inaccessible to the multitudes.”
– Anonymous 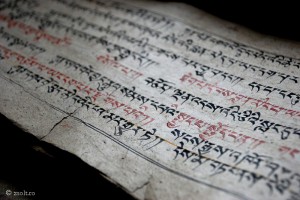 Lhasey Lotsawa Translations & Publications is a growing team of translators working under the guidance of Kyabjé Tsikey Chokling Rinpoche and Kyabgön Phakchok Rinpoche.

Committed to making more of the Buddha’s and great masters’ precious teachings accessible to fellow students worldwide, we aspire to produce authentic and accessible translations in English, Spanish, Chinese, Nepalese, Polish and other languages.

The group is named after Lhasey Lotsa (Lotsa or Lotsawa meaning translator), the second son of the great dharma king Trisong Deutsen, also known by the names of Yeshe Rolpa Tsal and Murub Tseypo. Lhasey Lotsa was one of the twenty-five disciples of Guru Rinpoche, a great scholar, an accomplished master, and also a translator. In the 19th century, Lhasey Lotsa reincarnated as the great treasure revealer Chokgyur Lingpa, whose timely treasure teachings are now flourishing around the world. As the son of the 4th Tsikey Chokling Rinpoche, in addition to his role as one of the throne holders of the blessed Taklung Kagyu lineage Phakchok Rinpoche is committed to upholding and propagating the lineage of Chokgyur Lingpa. Therefore, because of this auspicious connection the translation group was given the name Lhasey Lotsawa.